The Salt Family are among the foremost merchants in Texas, and almost certainly the premier mercantile dynasty in the Permian Basin where their caravans are ubiquitous and they outright control several communities: their hometown of Petroleum and the work camps of Notrees and Wink Sink.

The family originally moved to the area in 1941, headed by Horatio Prudence Salt, an oil speculator and wildcatter. He proved industrious and successful, becoming a mainstay of the Midland social scene and philanthropy circle. His children would diversify into cattle ranching, allowing them to whether the boom and bust cycles of the oil industry in comfort. In 2053, Ephrem Salt (not to be confused with his present-day descendant of the same name) purchased a controlling stake in the historic Petroleum Building in downtown Midland. He commenced with extensive renovations, using the construction as cover to create a private bomb shelter for his large family and (in the interest of sustainable genetic diversity) his children's in-laws and their immediate families. This shelter was quite elaborate, and in addition to extensive stockpiles of supplies it contained a hydroponic farm and an underground "millpond" for fishing. When the Great War came, the Salts and their relations by marriage took shelter and survived.

Their existence was challenging: space was limited and privacy was sparse. Their day-to-day lives were highly regimented and required great discipline, down to tracking their water and calorie consumption. Everything that could be reclaimed or recycled was. In October, 2097 the family held their first vote on whether or not to unseal the shelter. They had no information on the outside world, and so both sides relied entirely on speculation to make their points. Those in favor of keeping the bunker sealed won the first vote, and the second the following year, but in 2099 the majority was in favor of opening the shelter. The isolation and confinement had become unbearable.

The family was alarmed to discover that the main entrance to the shelter was blocked by rubble, fortunately, the emergency tunnel leading to a hatch underneath the parking lot behind the Petroleum Building was clear. Ephrem Jr. led a group of scouts to survey the immediate area with Geiger counters and radios. Satisfied that the area around their shelter was uninhabited, the extended family set up a temporary village of tents in the parking lot. Over the next few weeks, they scavenged the nearby ruins and cleared the debris from the surviving structure of the Petroleum Building.

Related Entry: Midessa Compact - Caravans
The Salt Family is interested improving its revenues stream in a pro-social fashion (i.e. through voluntary association and exchange, rather than force). They approach this goal in a few ways: expanding Petroleum further into the surrounding ruins of Midland in order to support more tenants, offer more services and products, and find new markets to do business with. They currently operate most of the storefronts and industries as well as own the largest herd of brahmin in Petroleum. They also run camps of workers in Notrees and the Wink Sink, who have been systematically dismantling those towns and their infrastructure for years. The Salt family has an interest in collecting every last brick, telephone pole, pipe, plank, and anything else even remotely salvageable. They have tons of this material stashed away in Petroleum, where it is used as needed in the construction of homes, fortifications, wagons, and more.

Their caravans service all of Texas outside of The Crucible and Four Seasons. They deal in ammunition: their caravans mostly .44 magnum, 12 gauge, 5.56mm, 9mm, and 10mm as it isn't cost effective to haul more specialty and obscure ammo long distance, they do keep other varieties for sale in Petroleum though. They also deal in beef, glass products (Salt-made jars are extremely popular for preserving), and leather products. Their great purchasing power and information about distant marketplaces also allows them to make a profit carrying other goods where they can be purchased cheaply and sold for greater gain.

To aid in the safe passage of their caravans, they've established a number of road houses where they can take shelter and water their brahmin. These also serve as trading posts for people in those areas. Lamesa Wall is one such trade post. Their camps and trading posts are guarded by their in-house "Roughneck" militia, but they hire mercenaries to defend their people on the road. The Pecos Regulators are one such group of frequently employed mercenaries. 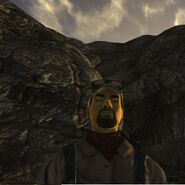 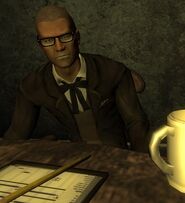 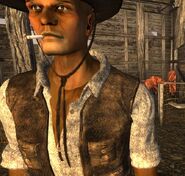 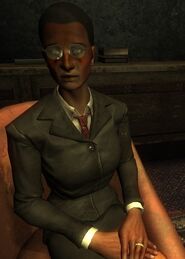 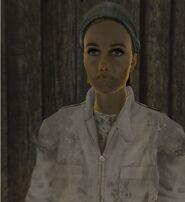