The Mouth of Mount Saint Helens

The Mouth of Mount Saint Helens is a radio station operated, as its name suggests, on the slopes of Mount Saint Helens by a lone wingnut named Heinrich. For the last half a century, the station has been a fount of bigotry in wasteland, with Heinrich pouring his extremist views into every broadcast. Opinion on the radio station is remarkably mixed. The station also provides music and news for the people of the wasteland besides Heinrich’s propaganda, and it is run independently of any group.

The arrival of Heinrich changed the area irrecoverably. He took up residence in the radio station on the slopes of the mountain and later displaced the local tribals. After getting comfortable in his new home, Heinrich began exploring the area as well as experimenting with the radio equipment in the station. The Mouth of Mount Saint Helens began in an unofficial fashion in the year 2248 with Heinrich fiddling around with his equipment, contacting other people with radio equipment, and going on the occasional rant. The radio station really came into its own a year later in 2249.

That year, Heinrich read a lot of literature from the radio station’s pre-War library and emerged with many new ideas to talk about. Heinrich spent much of 2249 narrating his current fight for survival, his readings of various books in the radio station's small library, and telling exaggerated stories about his own past. These stories mostly consisted of his accounts of his heroic New Order service, but some of them were also unintentionally embarrassing, gaining Heinrich many ironic listeners.

In 2250, Heinrich began to have longer talkback segments to talk to a new acquaintance, Marcos, and other callers who were often more hostile. Weirdo Hour evolved out of Heinrich’s radio conversations with Marcos and continued to encompass anyone else calling in. Over time, Heinrich also spotted time for reporting on current events and voicing his opinions on specific things such as women and music.

The 2260s witnessed a dramatic rise in popularity for The Mouth of Mount Saint Helens, as Heinrich served as a somewhat neutral observer to the Oregon Brushfire Wars. Personal attacks on Heinrich and the radio station increased in concert, and Heinrich was put on the defensive for nearly a decade. Regardless of the danger to his life though, Heinrich continued broadcasting to the wasteland.

After surviving the 2260s, Heinrich has led a relatively peaceful existence ever since with the exception of the occasional bounty hunter. He continues to broadcast content on The Mouth of Mount Saint Helens and continues to draw in large numbers of listeners. His vitriol and hatred have not decreased over the years, and Heinrich endeavors to hate far into the future.

The Mouth of Mount Saint Helens may not be the most professional radio station in Cascadia, but it is undeniably popular. The radio’s fanbase is divided between a large group who listen for the purpose of entertainment and a smaller group who take Heinrich very seriously. Another odd feature of the radio’s fanbase is that a surprisingly large number of Heinrich’s listeners are women, many from either The Kingdom of God or Seattle. The reason for the radio’s popularity among women is unknown. The Mouth of Mount Saint Helens does not reach NCR and Heinrich is an obscure figure to citizens of the Republic, only known to some traders or explorers as another dangerous element of the wasteland.

The Mouth of Mount Saint Helens has a rather narrow catalog of music as Heinrich is very particular on what type of music he wants to play. Out of the radio station’s pre-War collection, Heinrich only found some of the music “appropriate” to play. The station biases heavily towards traditionally “Anglo-Saxon” genres such Classical, Country, and some examples of Rock. This leads a somewhat disjointed but interesting lineup, with Classical and Country being played on weekdays and Classical and Rock being played on weekends. Wagner is predictably a favorite of the station.

Heinrich covers the news of the day in The Daily Nachricht, where he covers recent events around Cascadia. He gets news either from listening to many separate radio stations or people who call in during Weirdo Hour. Heinrich’s actual reporting of events, like the rise of the FNA and the various Oregon Brushfire Wars, is surprisingly accurate divorced from his personal views. At the very least, Heinrich actually makes sure to separate his personal opinions, vile as they may be, from his reporting on events. This has led to Heinrich gaining many listeners over the years who just listen in for his reporting on events. Heinrich usually saves personal anecdotes and quips for the very end of The Daily Nachricht.

The Daily Nachricht usually goes on later in the day, but since Heinrich’s schedule is pretty fluid, it can just happen whenever he has new information.

The Mouth of Mount Saint Helens is perhaps best known for Weirdo Hour, one hour a day designated for talkback between the broadcaster and the listeners. Anyone with a two way radio can call in to the Mouth of Mount Saint Helens. When Heinrich receives the caller, the caller is free to ask questions or discuss a topic with the host. Weirdo Hour is how Heinrich interacts with other humans on a daily basis, whether it be positive or negative interaction. Often, Weirdo Hour drags on for longer than an hour as Heinrich usually has a lot of fun with the segment. Heinrich works hard to defend his conspiracies from people who call in during Weirdo Hour. 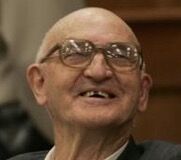 “Frankly, I just think a lot people should die.”— Heinrich

Heinrich is the host of the Mouth of Mount Saint Helens, a rabid white supremacist, and the lone person broadcasting from the radio station. He had been living on Mount Saint Helens for the last forty years, and he broadcasts from his radio station almost every day. Heinrich has had a long, tiresome life as a former footsoldier of the New Order and an experienced warrior. Heinrich is hated and feared by many in Cascadia for his bigotry and willingness to commit violence. The Mouth of Mount Saint Helens and Heinrich have nonetheless persisted despite their shared infamous status, whether out of skill or dumb luck.

“Hello, this is the international Jewish conspiracy, and we're here today to offer you a small business loan with a very generous interest rate of three white women a month. Hahahaha just kidding, kill yourself pussy!”— Patagonia Flatts having fun with Heinrich during Weirdo Hour
“Coming up next, there’s Fiedler’s recording of Dixie followed by some other “Civil War” inspired music. I’ve got to tell you folks, I’ve got a soft spot for my brothers down south. For example, if I had a time machine I’d go back in time to do three things in particular: give the South assault rifles, tell Adolf Hitler how to win his war, and give the bitch who sired the first Rothschild a good punch in the stomach. On to Dixie.”— Heinrich switching songs
“This song is one that’s near and dear to my heart, a classic I bought off some smarmy Jew in Portland. I hope you enjoy 1812 Overture, a testament to Aryan ingenuity.”— Heinrich unknowingly playing a piece created by a Russian
“Are you having problems with non-Aryans? Or Aryans? Or any sort of fucked up fish monsters? Then let Larkin Solutions be yours!”— Vince Larkin shamelessly promoting himself and almost revealing his past.
Community content is available under CC-BY-SA unless otherwise noted.
Advertisement